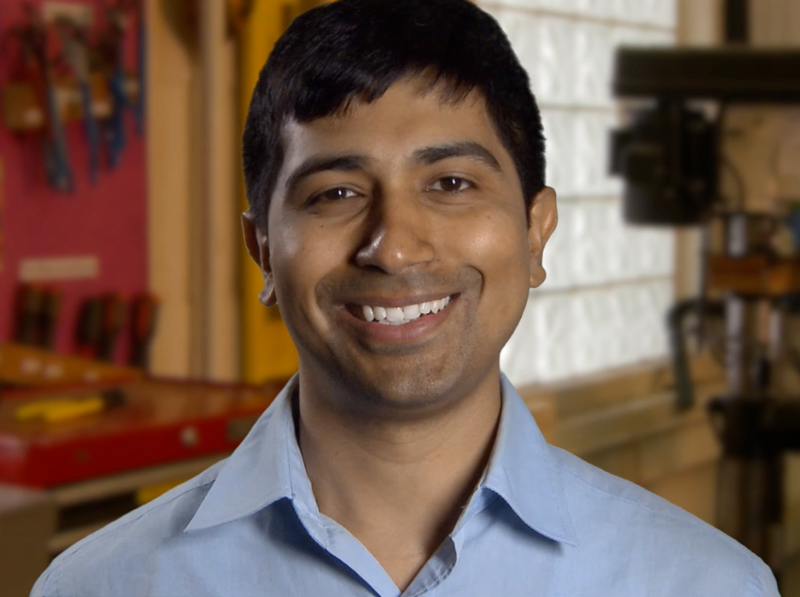 * MIT BLOSSOMS would like to thank the MIT D-Lab (Development through Discovery, Design and Dissemination) for opening their laboratory workshop space for filming this lesson.

This lesson’s primary focus is to introduce high school students to the concept of Elasticity, which is a fundamental concept in understanding the physics of deformation in solids. The main learning objectives are: (1) To understand the essential concept of Elasticity and be able to distinguish simple solids objects based on degree and extent of their elastic properties; (2) To appreciate the utility of the elastic force vs. deformation curve through experiments; (3) To be aware of potential sources of error present in such experiments and identify corrective measures; and (4) To appreciate the relevance of Elasticity in practical applications. A successful delivery of these learning objectives will also give students a glimpse into the process of generating meaningful data for physical systems, performing analysis on that data and using the knowledge gained in a practical application. As pre-requisites, a basic understanding of the following concepts will be useful: definition of pure solid and its distinction from a pure liquid; displacement; velocity; acceleration; force; work; energy; graphing functions of single variables; and finding the area under such curves. Excluding the setup time for the experiments, the lesson should tentatively take about an hour to finish. Since the hands-on activities might require some amount of trouble-shooting, two separate sessions are suggested to complete this lesson. In the activities planned out, the students will first have the opportunity to work with some simple, readily available solid objects and load them by exerting a pull or push force. Then the students will perform an experiment to generate the force vs deformation curve for a rubber band by gradually extending it vertically by adding weights to it. The students will then determine the elastic potential energy stored in the rubber band for a prescribed extension by calculating the area under the force vs. deformation curve. Then they will verify what fraction of this stored energy is converted to kinetic energy of a projectile launched by using the rubber band as a slingshot. In the subsequent activities, the students will be encouraged to reflect on the results from their previous hands-on activities and, through in-class discussions, come up with their own ideas on potential sources of error in their inferences, as well as real-world applications of Elasticity.

Sourish’s current work as a postdoctoral researcher at MIT focuses on developing engineering solutions towards improving anesthesia delivery in clinical practice. He is interested in applying engineering principles and tools from continuum mechanics, uncertainty quantification, stochastic estimation and control theory to solve biomedical engineering problems. He received his doctoral degree in Mechanical Engineering from the University at Buffalo (SUNY) and received his undergraduate education from the Indian Institute of Technology, Kharagpur.

Applied Mechanics of Solids
This electronic text summarizes the physical laws, mathematical methods, and computer algorithms that are used to predict the response of materials and structures to mechanical or thermal loading.

Wikipedia: Hyperelastic material
This site is a Wikipedia page on the constitutive modeling of rubber and rubber-like solids.

* MIT BLOSSOMS would like to thank the MIT D-Lab (Development through Discovery, Design and Dissemination) for opening their laboratory workshop space for filming this lesson.